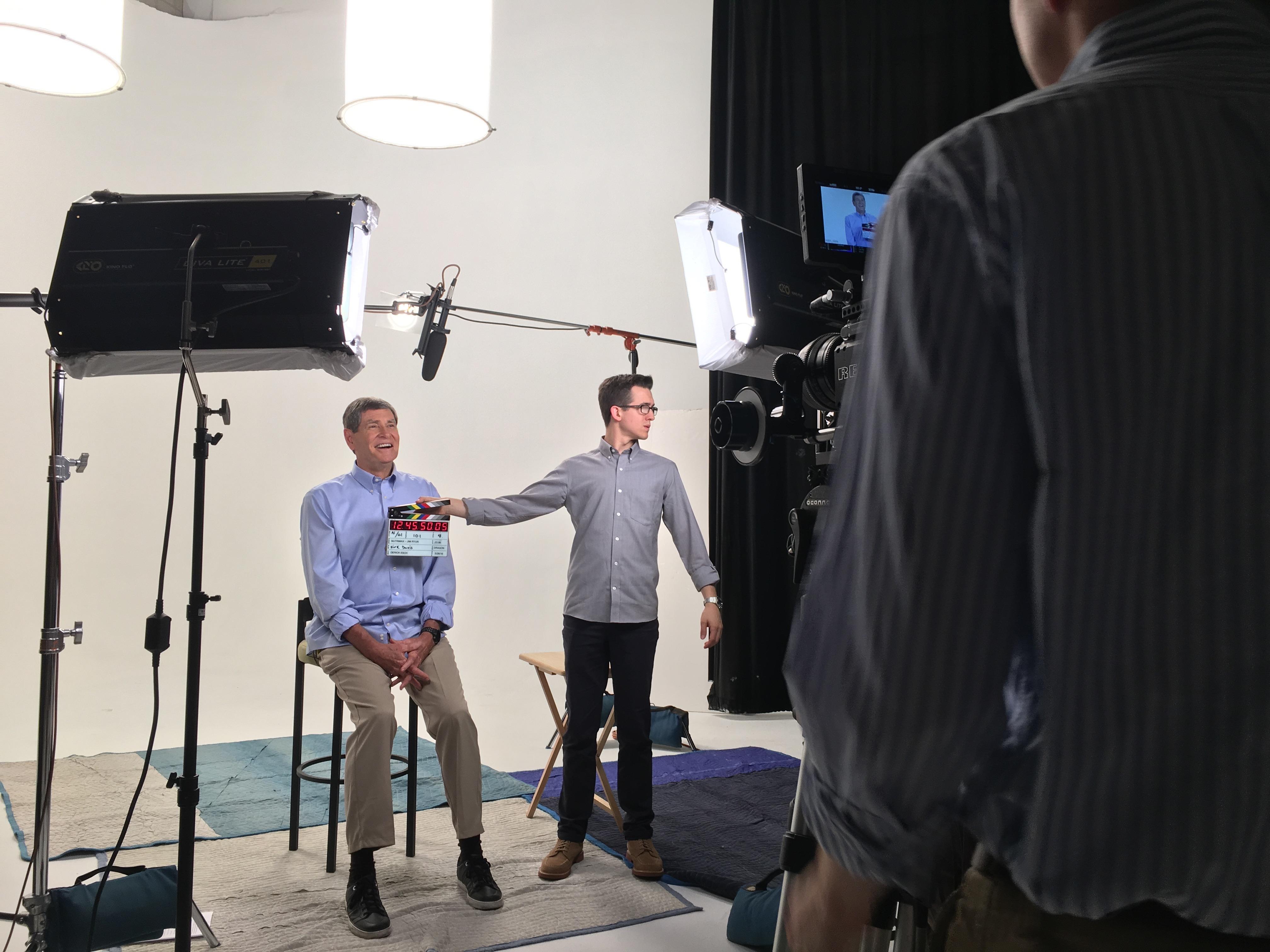 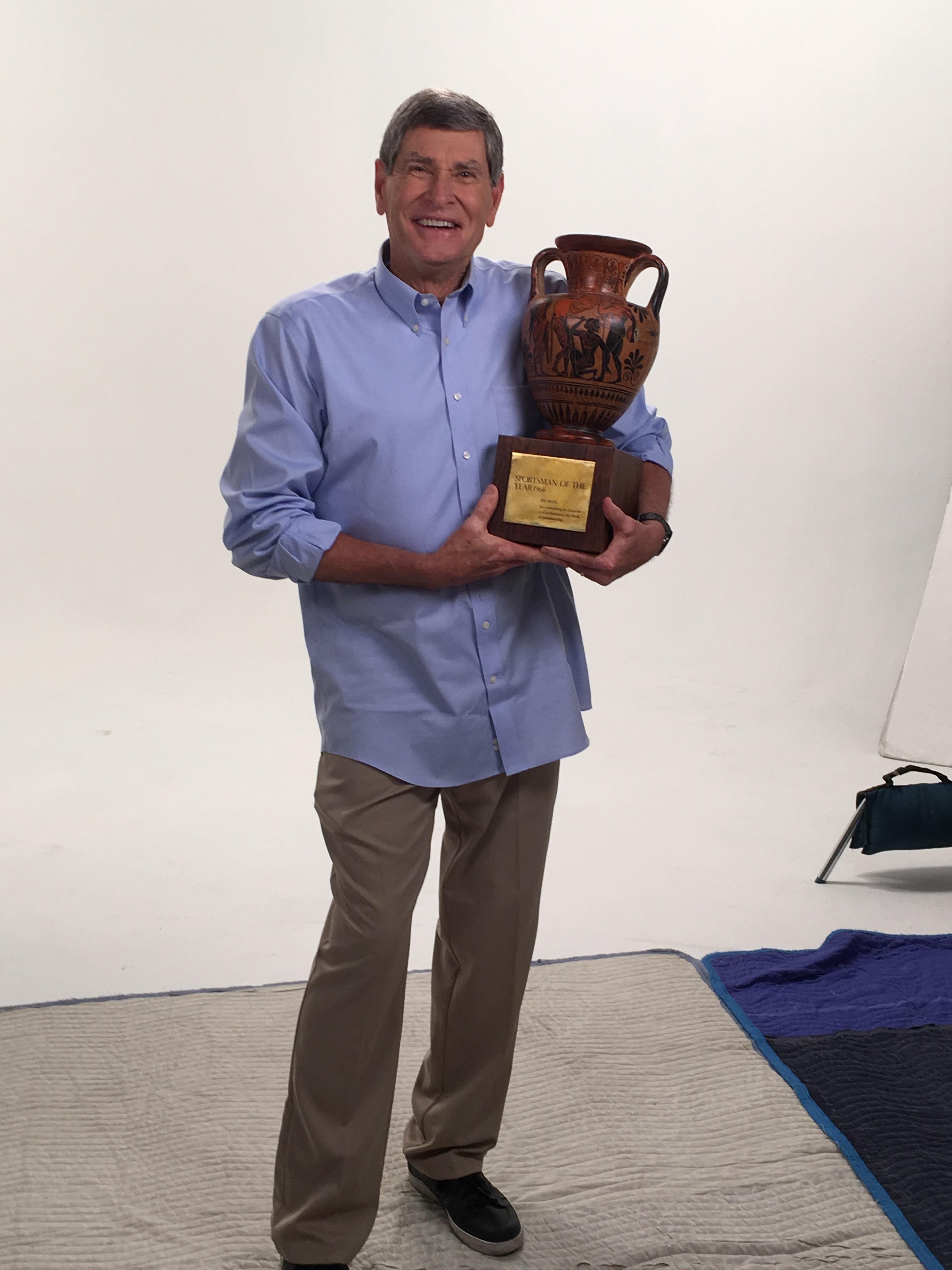 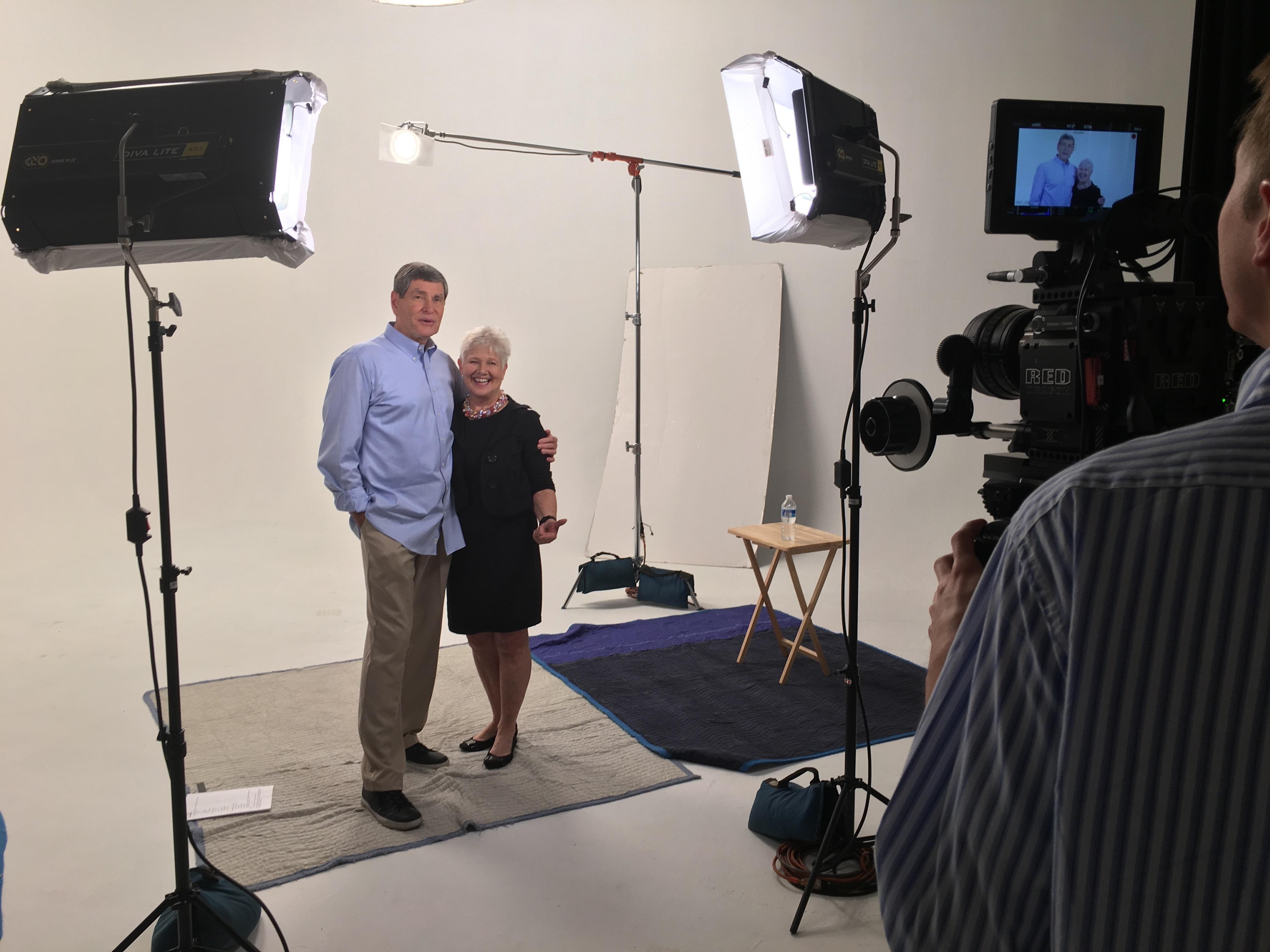 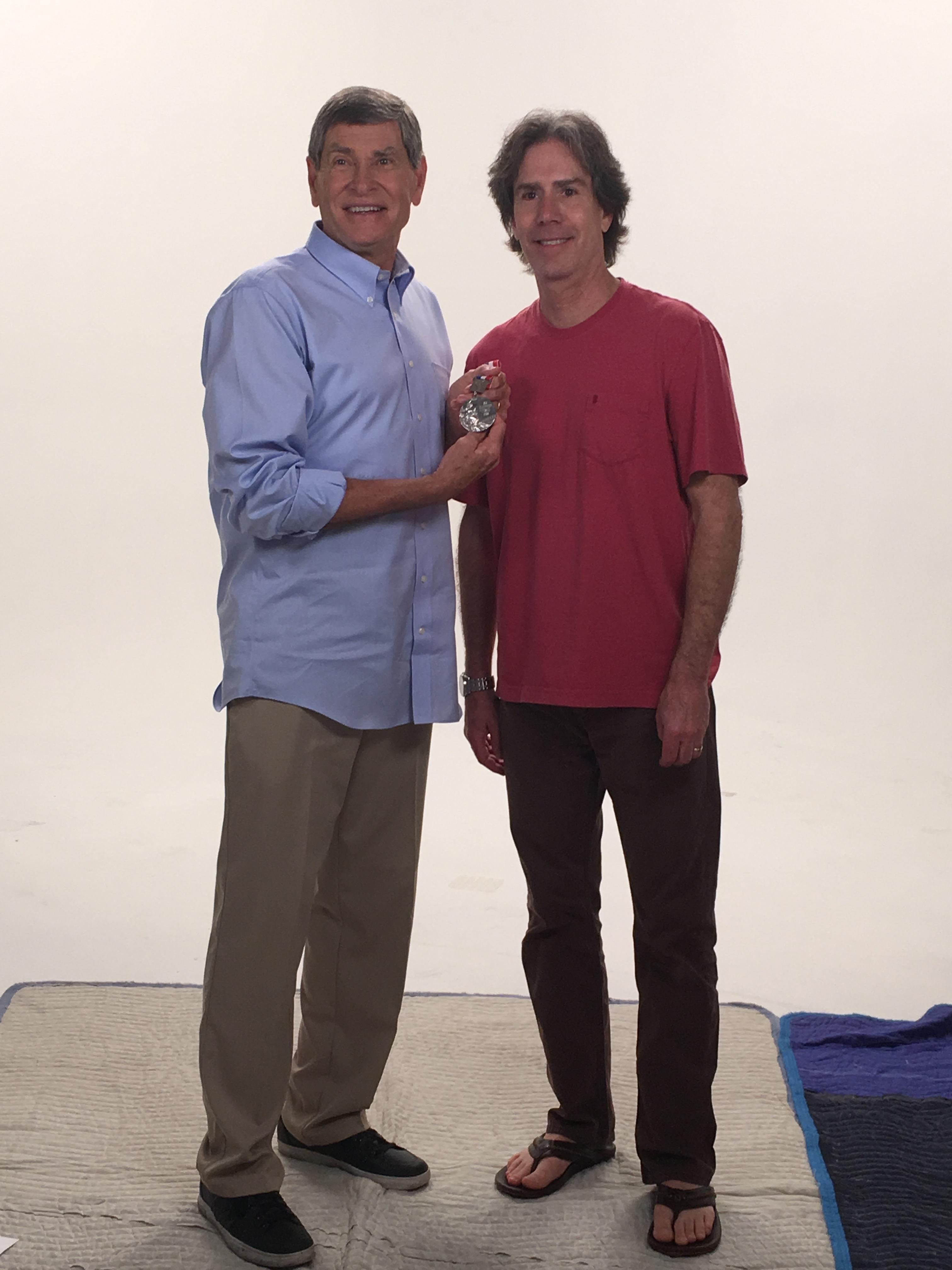 After fumbling over his words Jim Ryun clasped his hands, and in his humble Kansas twang he said “Let’s try that again.” His wife, Anne, reminds him to smile as she knits and keenly monitors his progress from behind video village.

PRODUCERS found themselves lucky enough to play host to the Olympic runner, along with his wife. Ryun, perhaps most famous for being the first high schooler to break a four minute mile, was in town to film a testimonial piece on Nutramax’s Cosamin ASU product for joint pain relief. With PRODUCERS own Kirk Davis Directing, Ross Jones and Derick Esch on the RED Cameras and Ray Jones covering audio, they managed to capture Ryun’s excitement for the product that he claims keeps him running at the age of 69. Ryun brought along mementos from his competitive days, from framed Sports Illustrated covers to his silver medal from the 1968 Mexico City Olympics (which apparently was dangling around a pencil sharpener for years until recently).

Before the pair left, Jim doled out running advice to Marketing Coordinator Morgan Lambert and Anne proudly handed out small copies of “Our Daily Bread” to everyone working the shoot.

Fast forward to a week later, Kirk Davis switched his Director hat for his Editor hat and was combing through the footage in his Quantel Pablo suite. He worked on laying out the narrative of the piece, so that those watching the final product would be able to understand Jim’s story, and how it tied to his endorsement of the product. “I was looking for moments that seemed the most honest and direct” Davis explained. Davis had idealized Ryun as a young runner himself. In both meeting him and directing him, Davis was glad to find Ryun “came off as a regular guy.”

This “regular guy” quality certainly comes across in the final piece that Nutramax now uses on the Success Stories section of their Cosamin ASU website. Davis brought together the interview with photographs of Ryun in his glory days. Add music and audio mixing by Mike Brilhart, graphics by Jessica Plank, and the final touch of color correction by Davis, and you’ve got another winning video and satisfied client.

Take a look at the piece here.