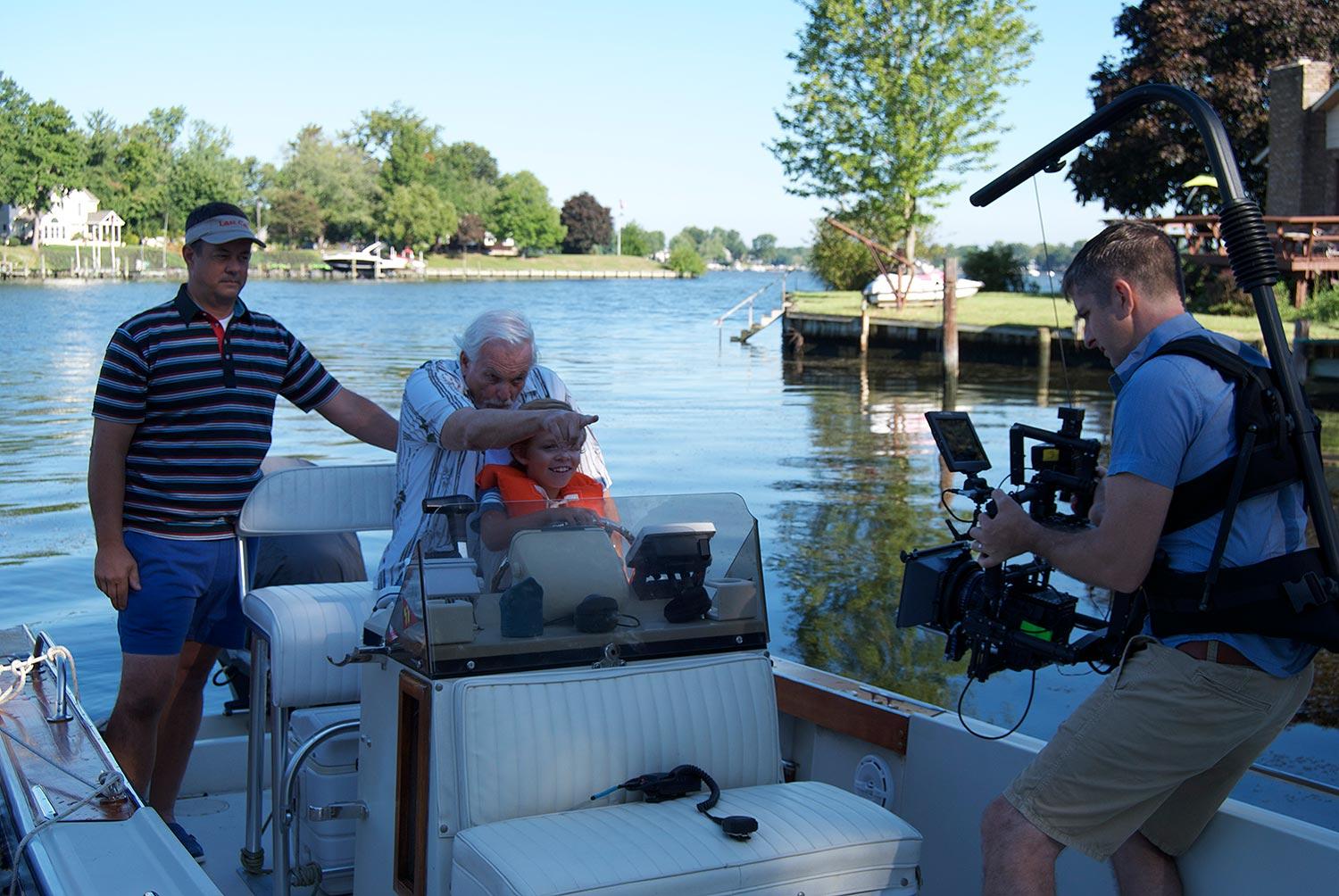 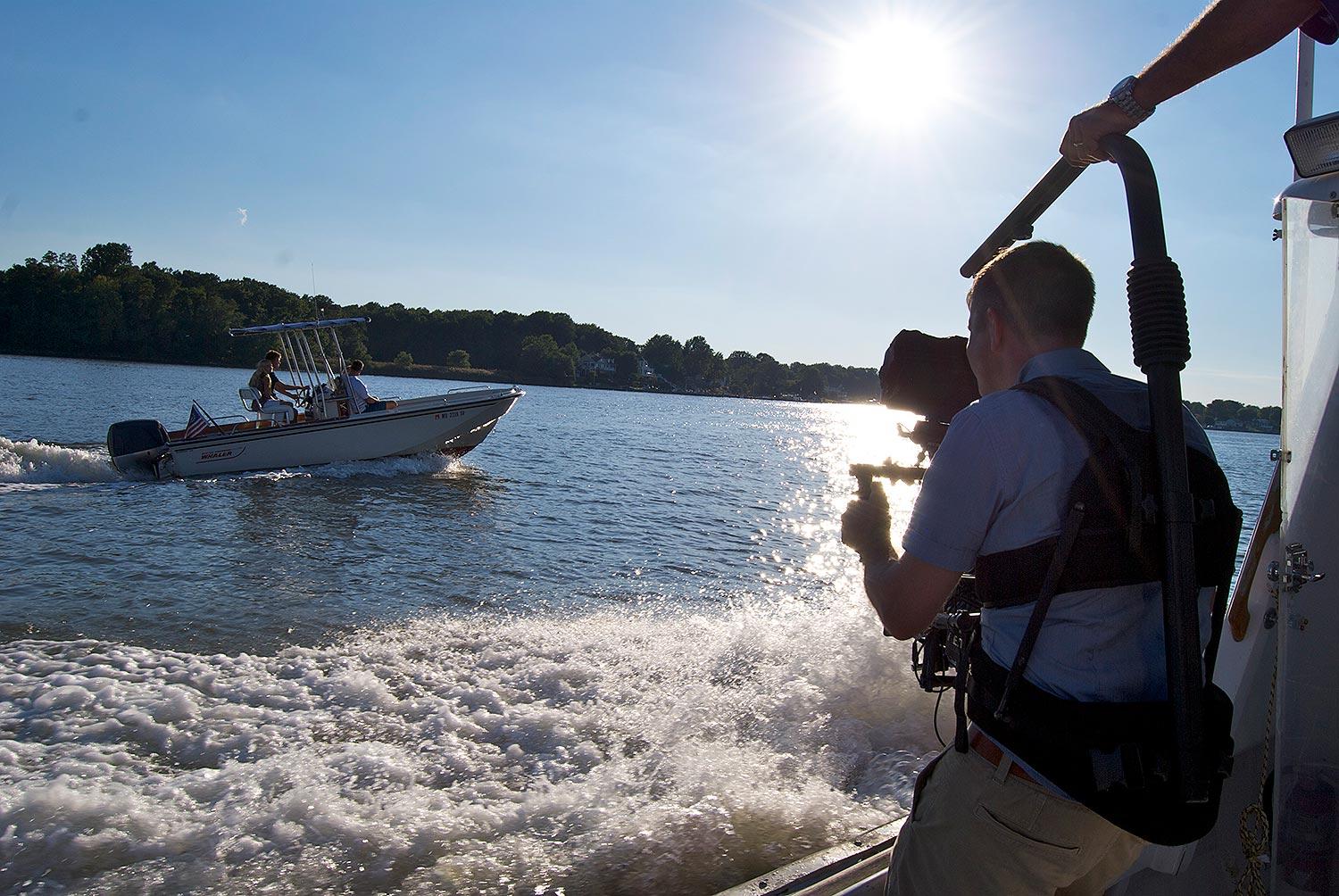 AkzoNobel, a global specialty coatings company headquartered in the Netherlands, enlisted the services of PRODUCERS to create a short film and still photography for the North American launch of a new marketing campaign featuring their Micron line of boat paints and coatings.

Provided with a short creative brief, anticipated launch schedule and a desire to film in the Mid-Atlantic region, Director Rip Lambert crafted a treatment and storyline that won PRODUCERS the project. Based on the working title of “Generations of Innovation” the film follows one boating family through four generations of life on the water.

Executive Producer Ross Jones and Lambert went to work on casting the actors to portray the multi-generational family. With the help of Pat Moran Casting, the ensemble of eight actors ranging in age from 8 to 72 was assembled. Next on the list was finding a great house location on the water. This would serve as the family’s home and dock for the other major character in the film, the family’s boat.

Filming took place over the course of two days in Middle River, Maryland. The production team filmed interior shots inside a skillfully art directed garage turned workshop, exterior dock and boat shots, boat to boat tracking shots and drone shots out over the water. “The schedule was critical due to the volume of shots Rip wanted. The period wardrobe changes, set dressing and the timing of when we filmed particular scenes was critical to the look we were going for, “ said E.P. Ross Jones. “We had a great cast and crew with everyone really into the project and story… that always helps to keep things on track."

PRODUCERS RED workflow and post-production pipeline was next up to craft the eloquent story. Challenged with taking the viewer on a journey from 1970 through to present day, Sr. Editor David Hudson and Colorist Kirk Davis went to work to keep the film authentic in it’s storytelling and look. “For me, editing was about polishing an already strong idea and making sure we saw the product in use without it being so in the face of the viewer. It was a great project to work on!” said editor David Hudson. Using the great toolset in the Pablo Color Grading suite at PRODUCERS, colorist Davis takes the viewer on a journey in film color and looks in a subtle yet effective treatment that enhances the storytelling of the film. To tie the entire film together Sound Designer Tim St. Clair scored and mixed the perfect piece of music to complete the emotional journey of the story.

The film first debuted at the Ft Lauderdale Boat Show. Stills from the production are appearing in Boating Magazine advertising and banner ads across the U.S. You can view “Generations of Innovation” right here.