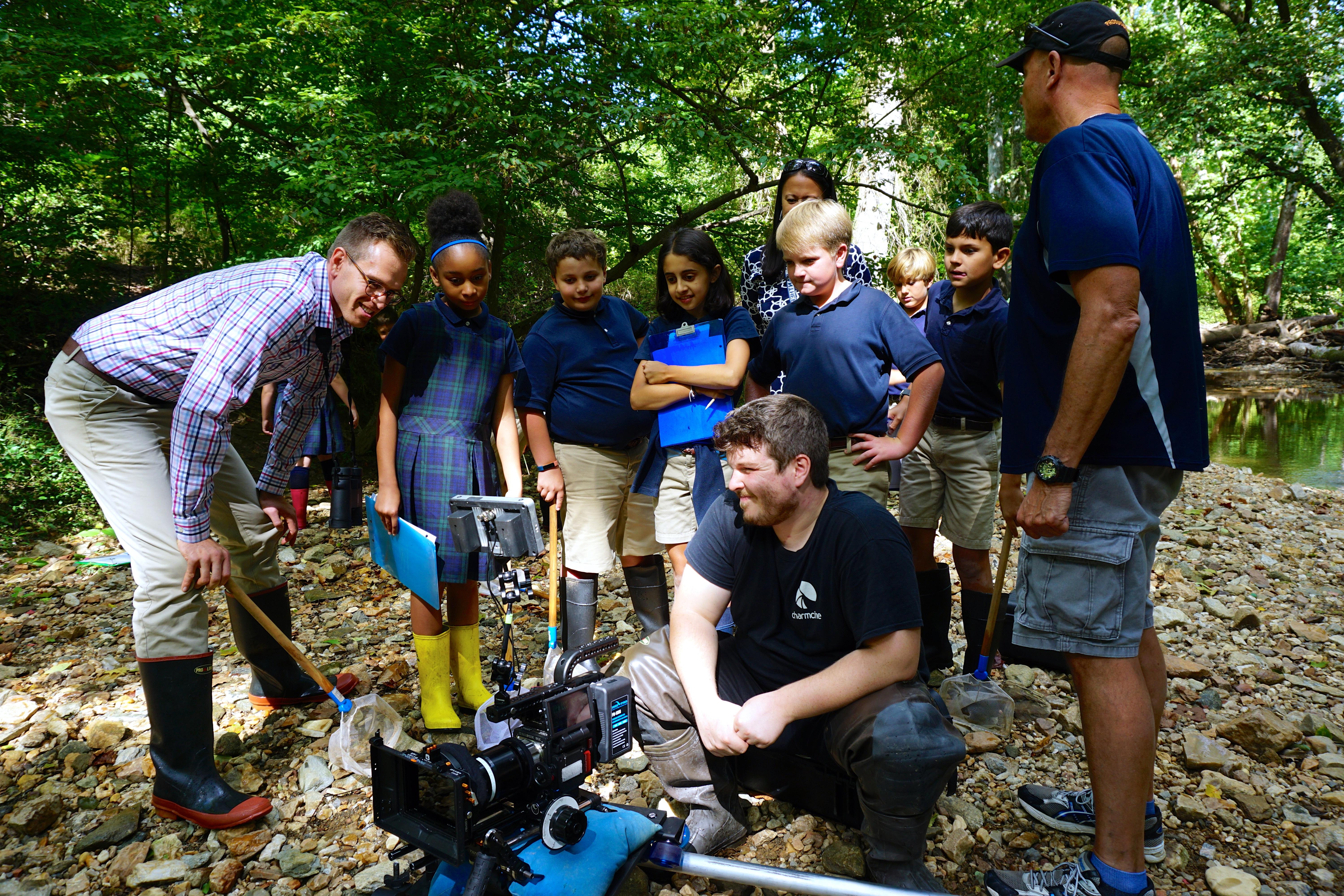 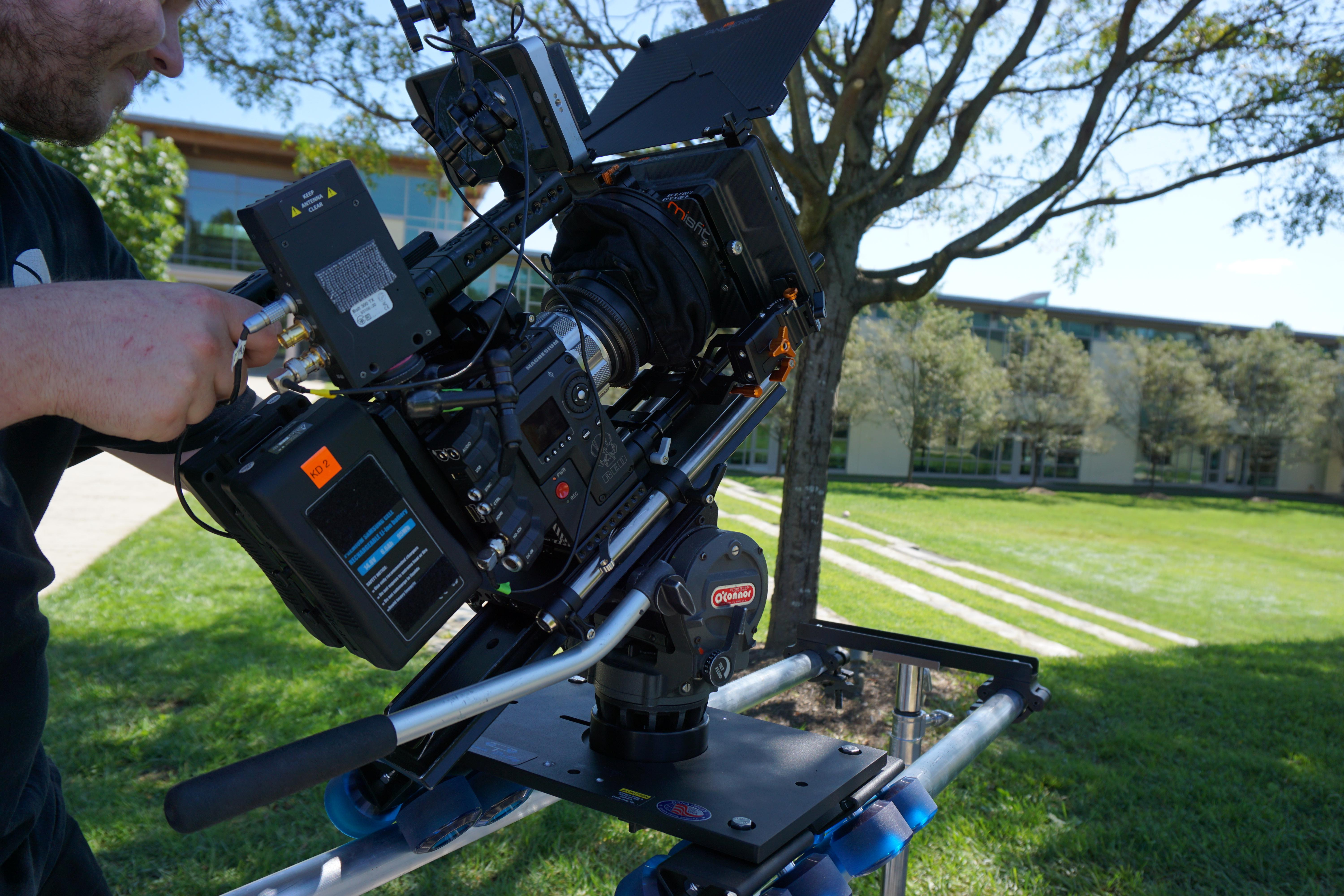 In the latest of its successful run of educational promotional videos, PRODUCERS teamed up with The Potomac School, a prestigious and independent, DC area K-12 school in creating a series of videos. The Potomac School boasts a rich history of providing a balanced educational experience that integrates academics, athletics and the arts. It was vital that PRODUCERS capture and incorporate all these experiences throughout the filming of a "Brand" video and two "Admissions" videos.

Embodying this mission, PRODUCERS ' Director, Rip Lambert along with the Production Team of Ross Jones and Ray Jones, approached this project with a clean slate and organically developed a creative and strategic approach to the project. With scouting, scripting, pre-production and a growing shot list, Associate Producer, Morgan Lambert worked with The Potomac School to help facilitate breaking it all down to ensure the filming would accurately represent each age group within the school.

The Potomac School's Director of Web Services Loretta Sevier and Director of Admission Carson Roy wanted the biggest take away to be heartfelt, engaging and to convey the true spirit of the school. Filmed across four days with PRODUCERS' Red Weapon Cameras and a set of vintage LOMO anamorphic lenses; a warm cinematic palette of images were captured. The decision to use the vintage lenses was an important part of the creative process, "Its ellipsoidal rather than standard spherical shape bends light to widen shots and fit twice as much horizontal scenery into the frame," Ray Jones explains. The resulting visuals had the effect of immediately raising the bar and setting a high precedent for otherwise comparable educational videos.

The authenticity of the raw footage was further enhanced in editing by Senior Editor, David Hudson. Hudson noted how the use of the anamorphic lenses was a unique and refreshing look that really "elevated the viewing experience and emotional aspect right away." PRODUCERS Music Composer, Woody Ranere and Editor Hudson had the benefit of working simultaneously to ensure the edit and music seamlessly synced together.

While composing the music for the Brand piece, Ranere knew exactly when to engage and when to pull back from the viewer. "The first shots were lush and bathed in morning light so without music it gave a strong cinematic first impression already," Ranere recalls, "I didn't want to get in the way of the suspended warm feeling of anticipation." Following the intro, the rest of the score seamlessly mirrors the rising energy and jubilance of the students and the school. Music selection for the other two videos followed in the same vein as the first, but was carefully edited and embellished for less of a mood and more of a subtle vibe, allowing the educational aspect to shine through.

PRODUCERS' work on The Potomac School videos has been awarded multiple awards. The Brand video has been recognized both nationally and locally. First was a Baltimore Addy in the Branded Content Category and Nationally with two Telly's for Education Institution For Non Broadcast and Videography/Cinematography For Non Broadcast.

Check out the series HERE.