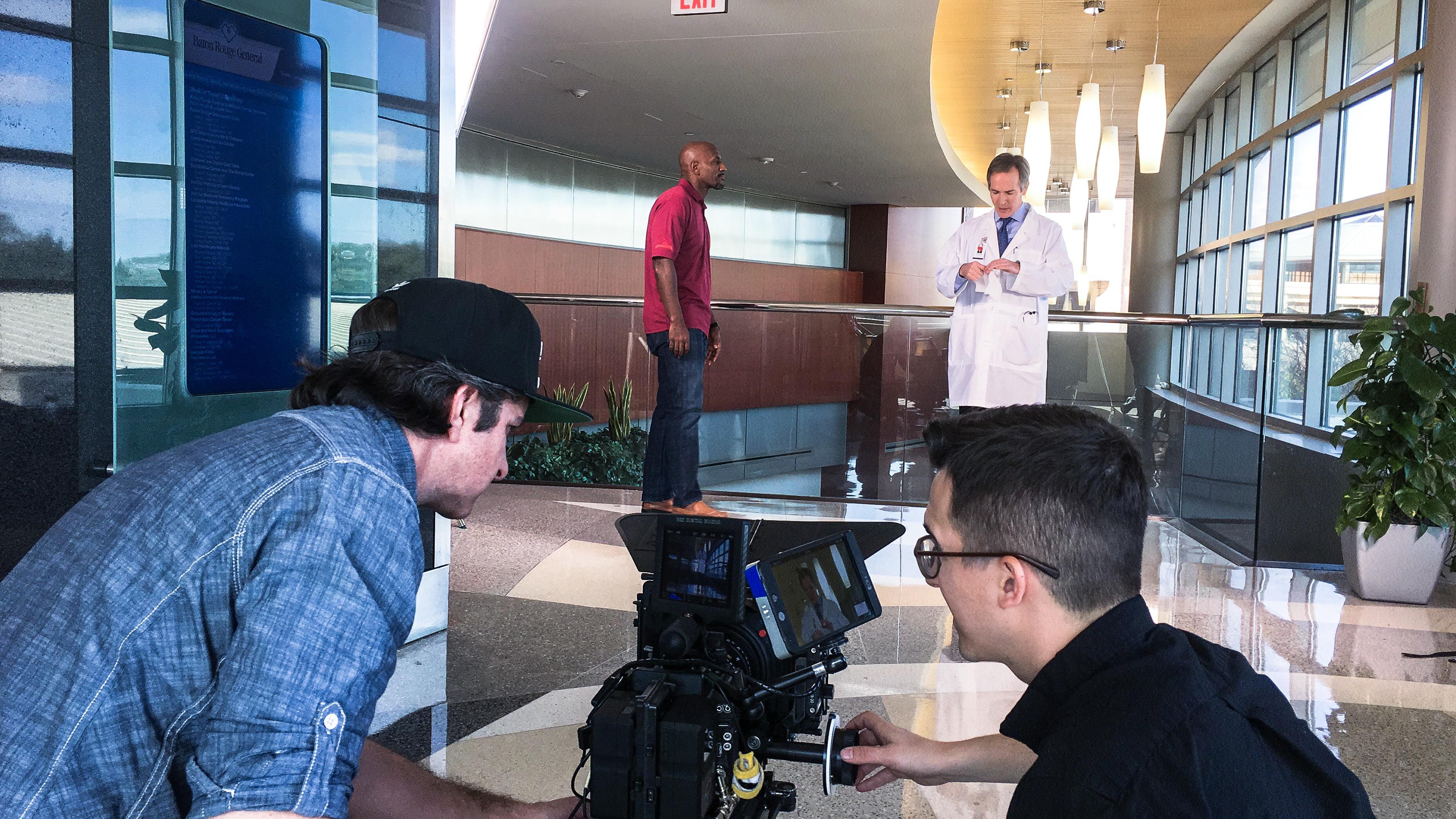 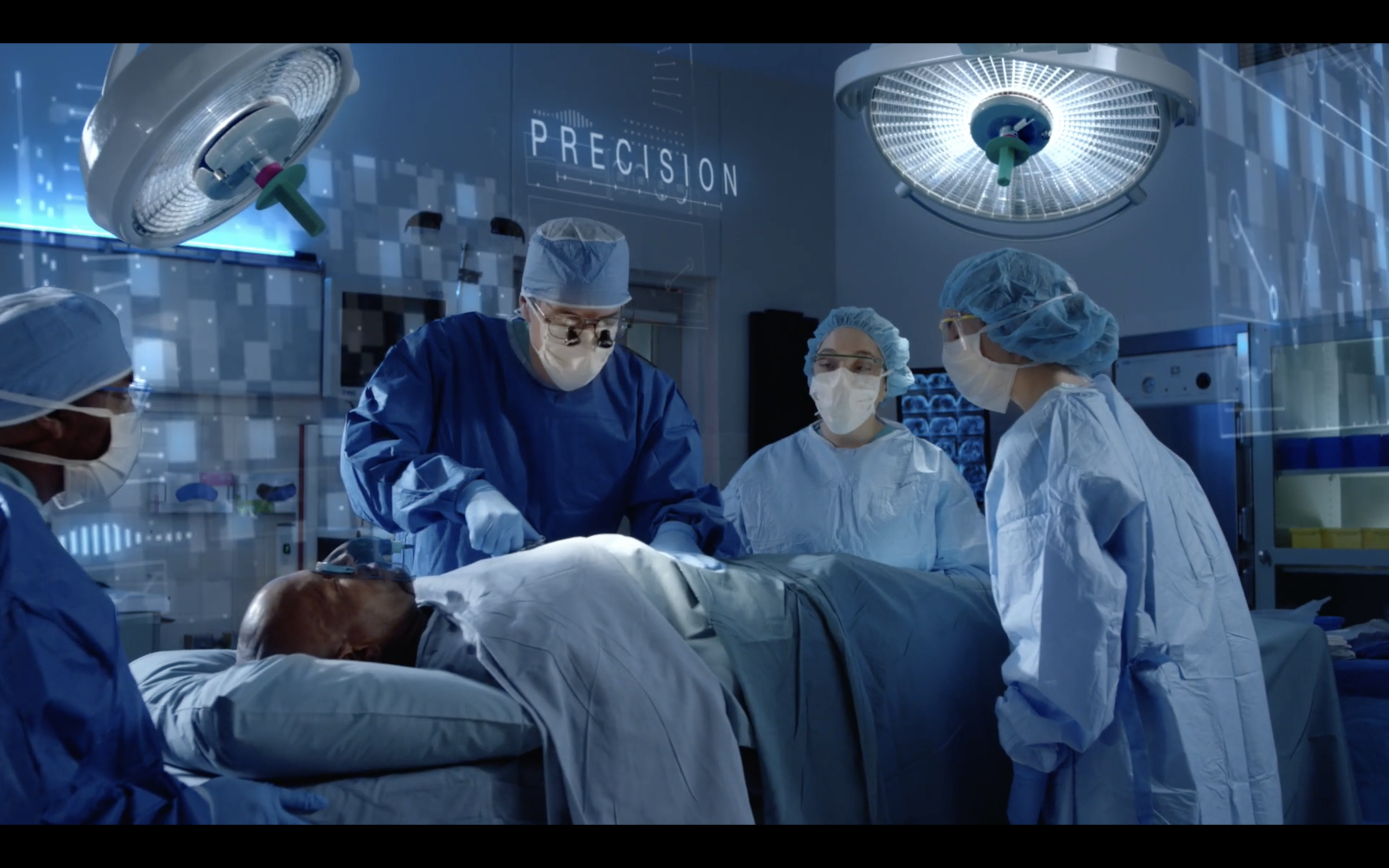 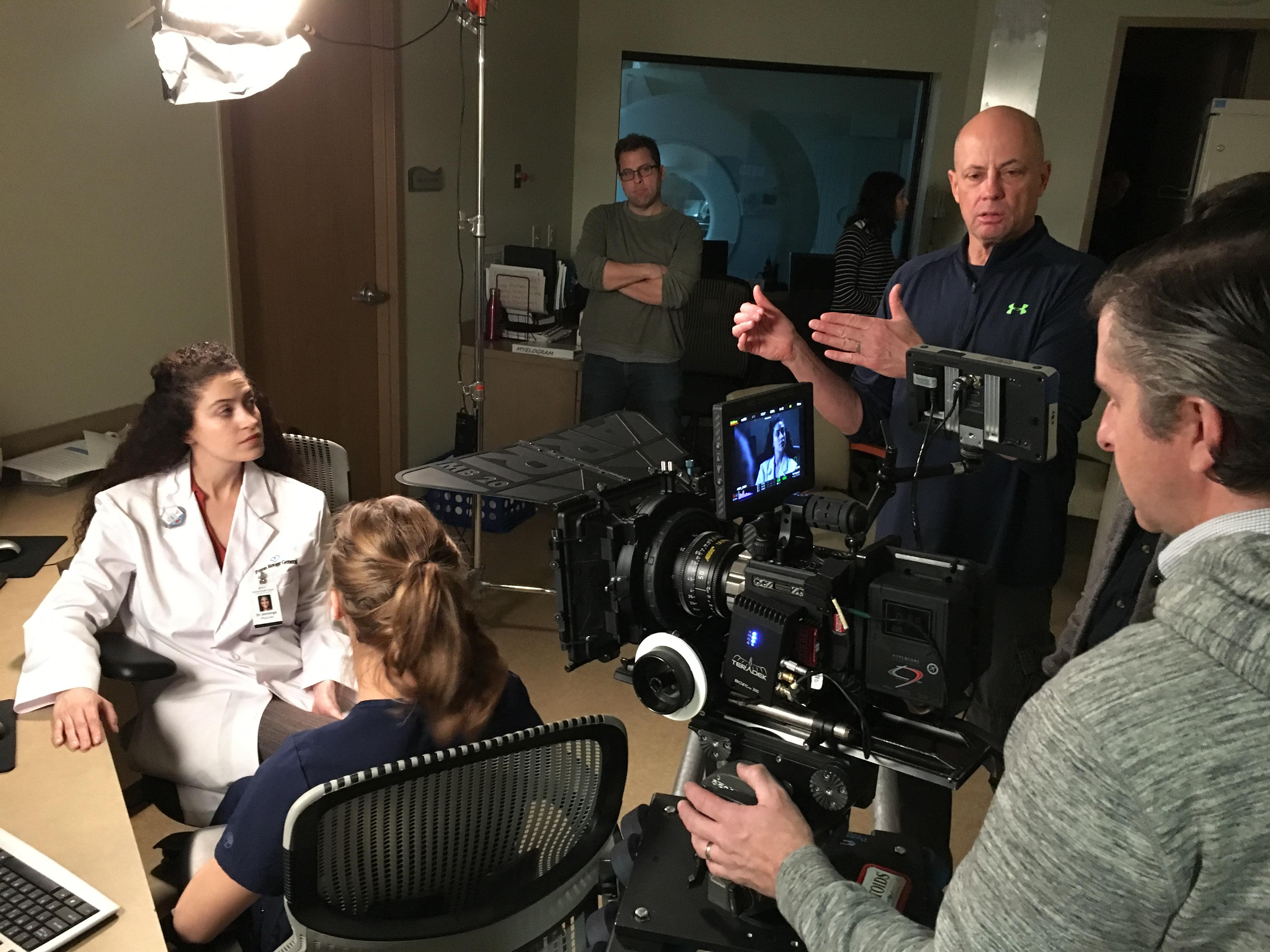 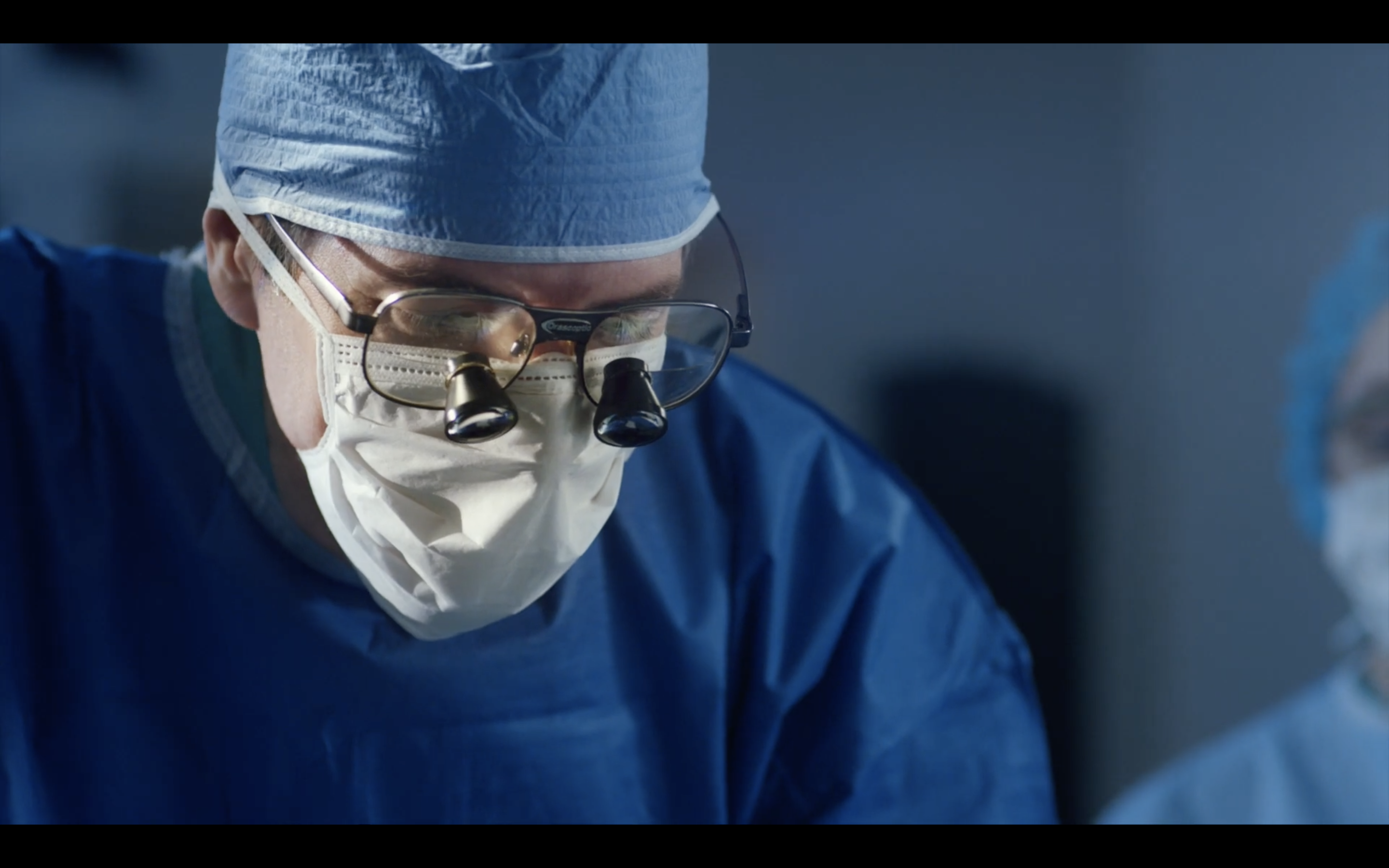 The PRODUCERS team got right to work in partnership with MESH to craft a production schedule that would maximize time and shots while in Louisiana. With storyboards set and talent cast, the PRODUCERS crew was ready to head south.

With a day to scout locations and two very full days of production in Louisiana, the PRODUCERS team, led by Director Rip Lambert and Executive Producer Ross Jones, got to work on crafting the mini-stories. The five spot series focused on General Surgery, Neurology, Orthopedics, Cardiology and Emergency Services respectively.

“There were several challenges with three locations on the schedule; all with different looks. We made the decision early on to bring a DP Michael O’Leary and Gaffer Mark Hutchings with us to Baton Rouge. Along with our own Ray Jones and Morgan Lambert, we now had a top crew that worked like a well oiled machine throughout the two days of filming,” said EP Ross Jones.

After all of the footage was captured, the crew headed back to Baltimore to begin the editing process. The post-production team of Executive Producer Karen Phillips, Editor David Hudson, Motion Designer Glauco Dos Santos, Colorist Kirk Davis, Composer Woody Ranere and Sound Mixer Mike Brilhart shaped the footage, music and sound. The spots were enhanced with graphic animations featuring technology and story line elements, seamlessly layered into scenes throughout each commercial.

MESH COO Hector Gonzalez reported back that the client was extremely happy with the TV and Radio spots, “These will really standout in our market. Once again the team at PRODUCERS delivers not only great work, but a really collaborative process with a constant flow of ideas to make things better.”

Head to our YouTube Page HERE to see the entire series of spots, and let us know what you think!