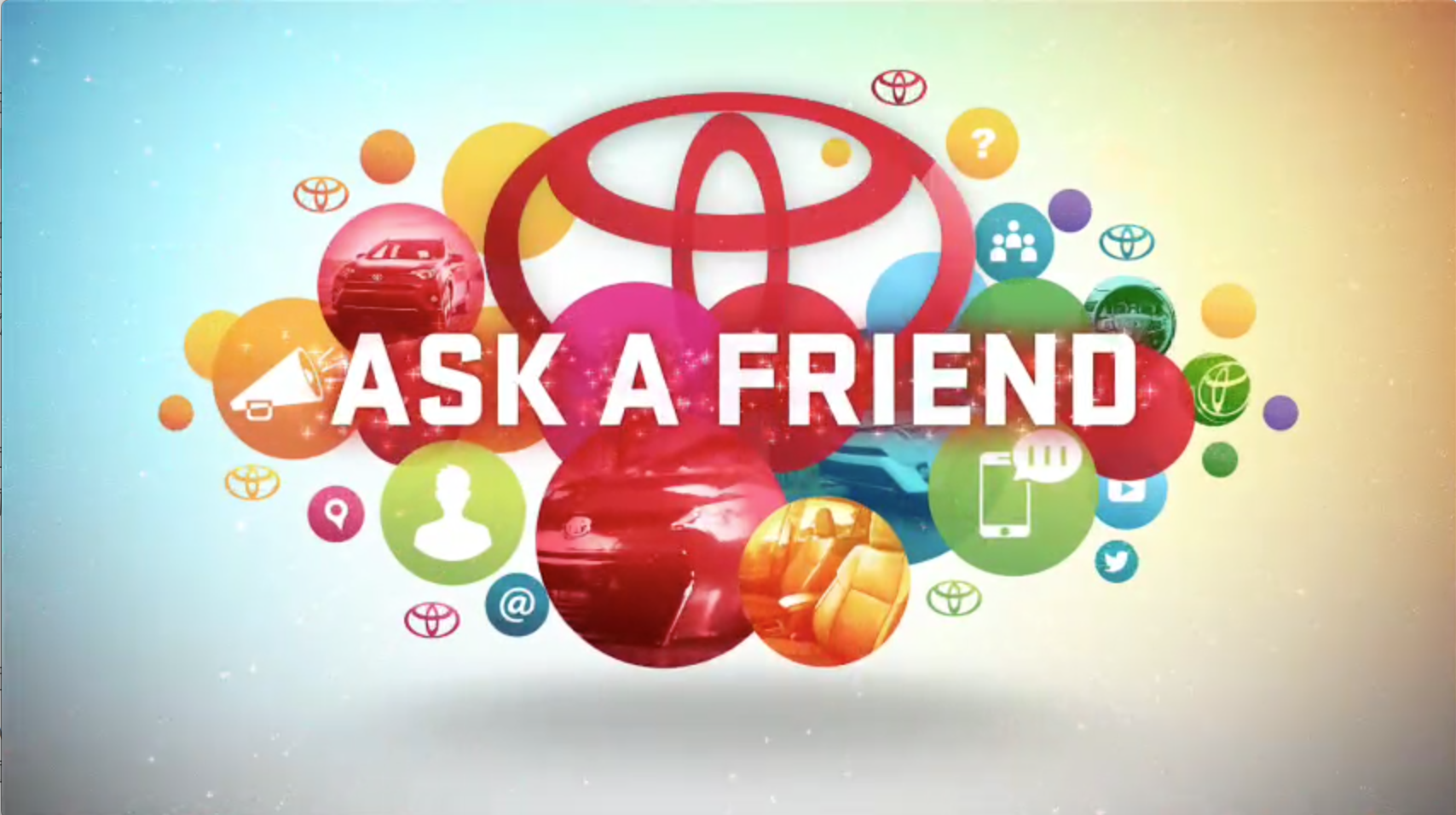 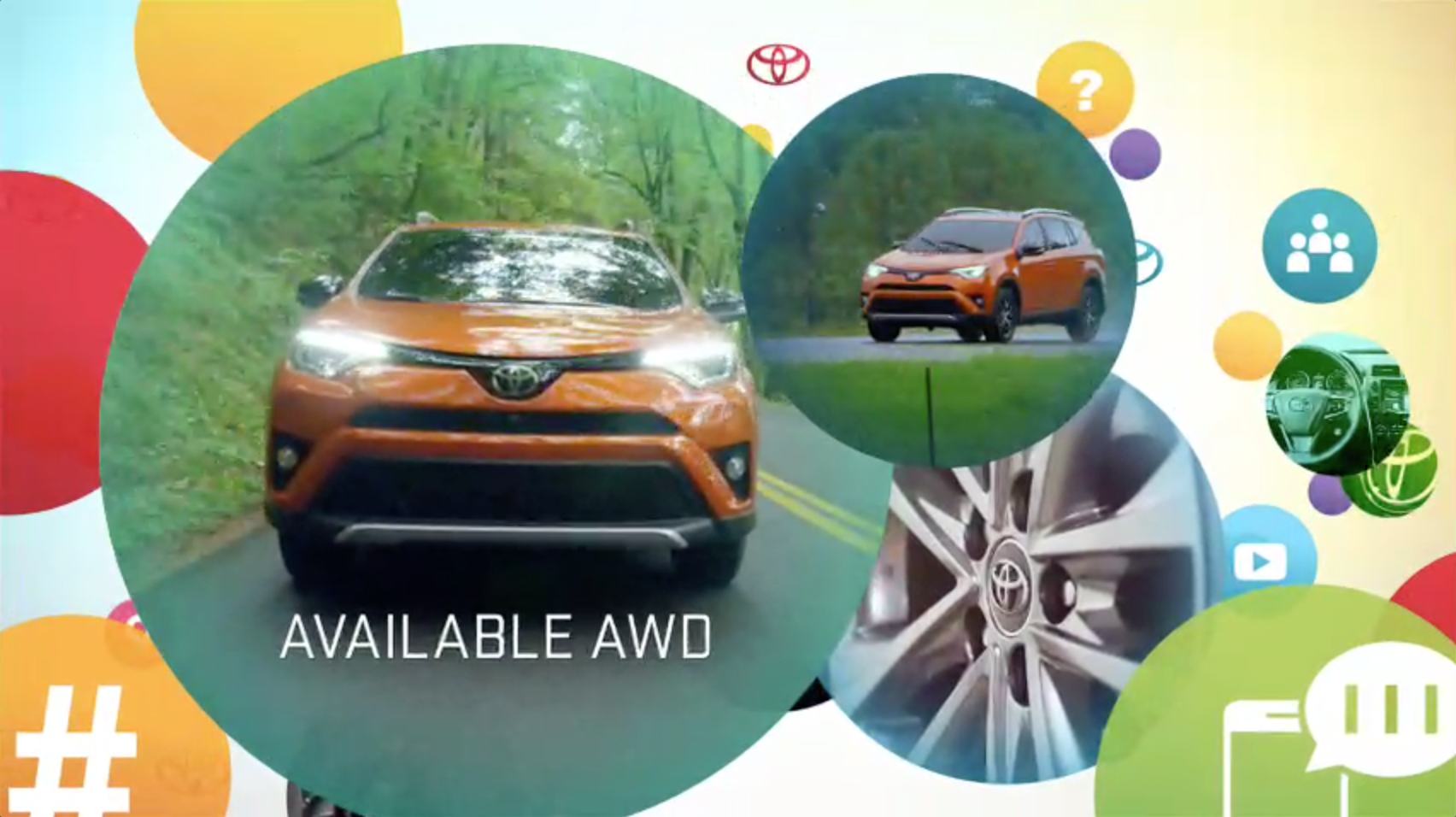 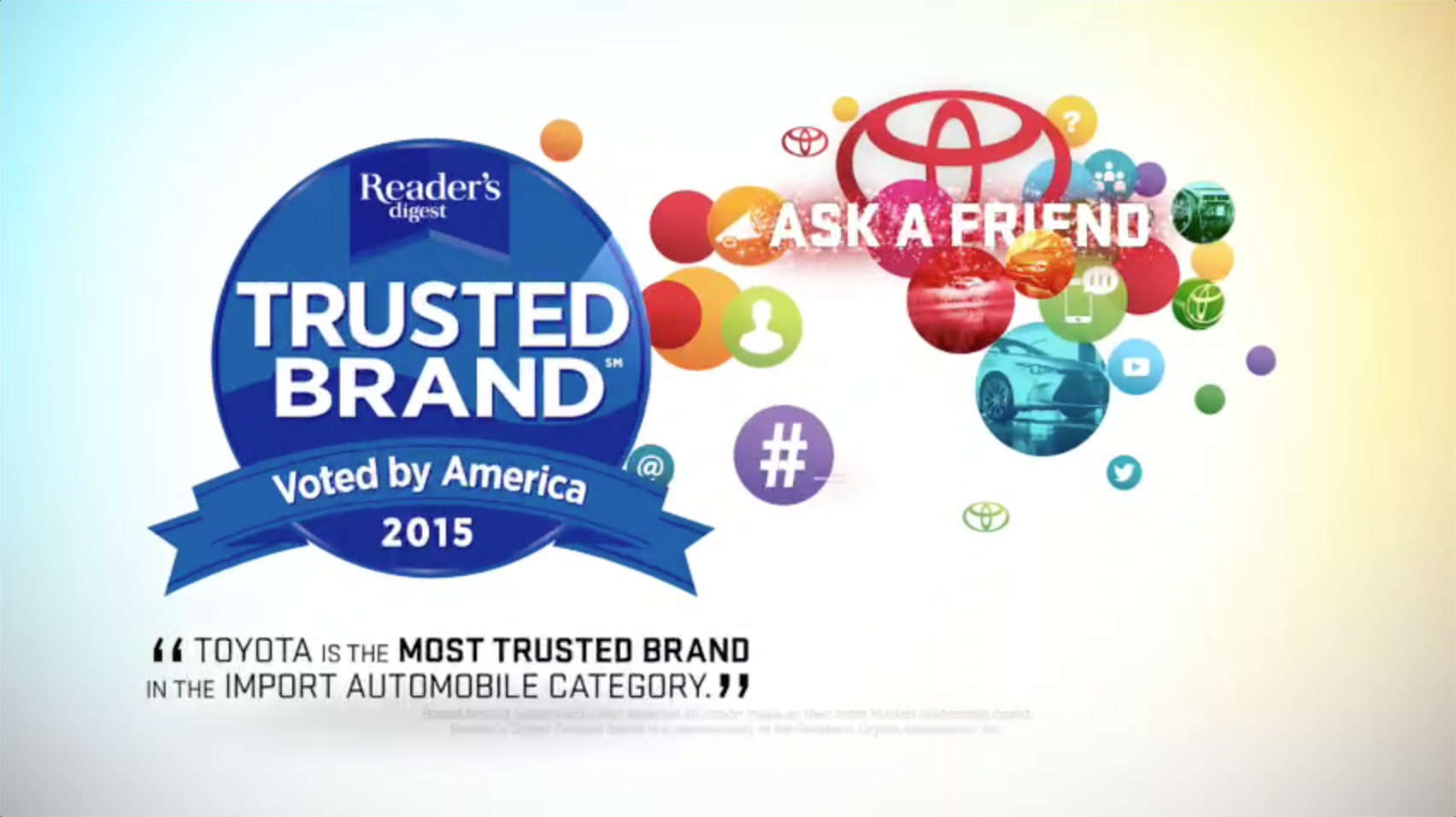 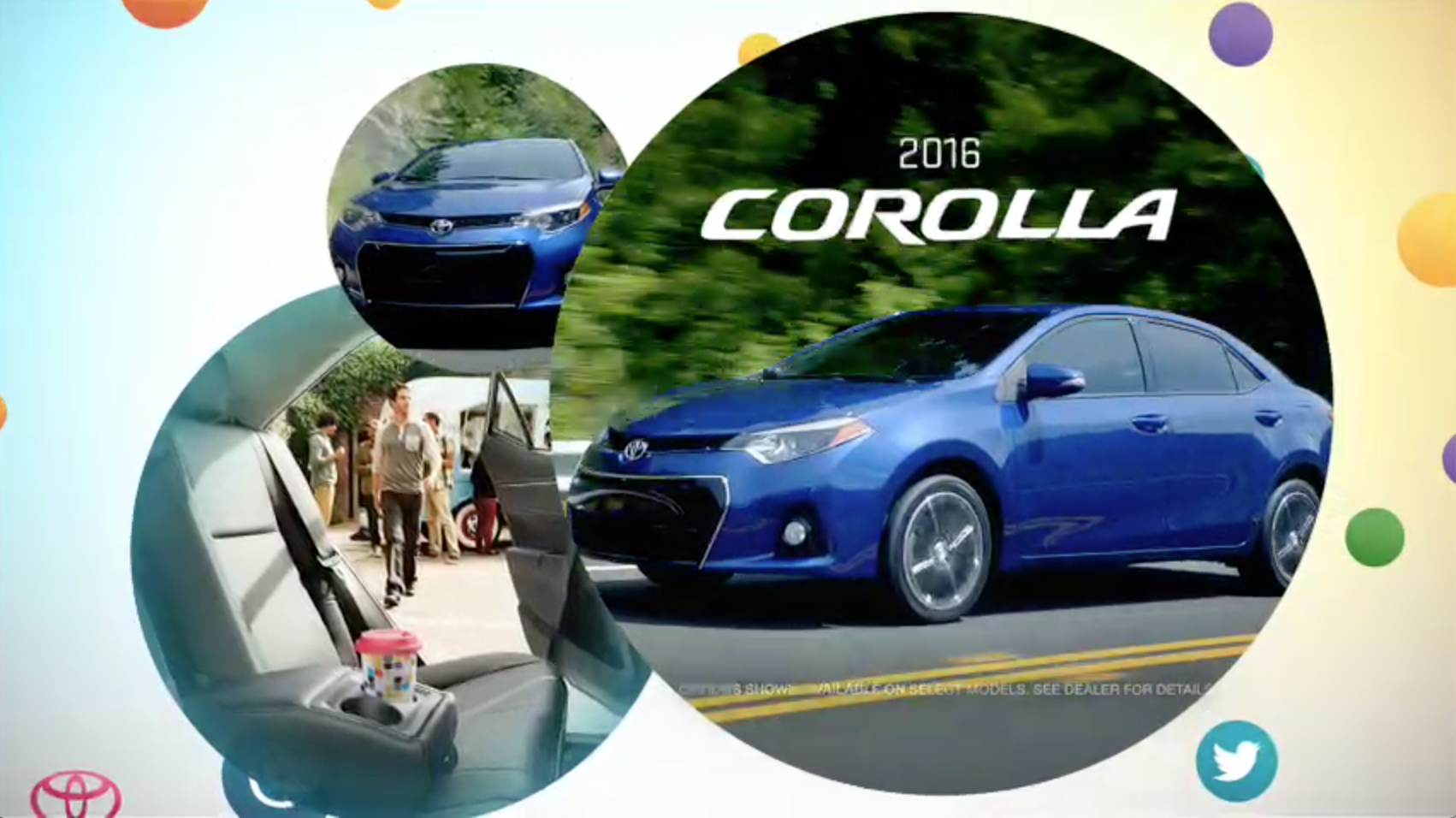 Considering A New Toyota? Just Ask A Friend Who Drives One!

A great partnership continues as 186 Advertising and PRODUCERS kick off a new TV and Radio Campaign for the Central Atlantic Toyota Dealers.

“Knowing this campaign would run into spring and summer, I wanted to use a lot of bright color,” PRODUCERS Motion Designer Justin Sweeny says as he describes his most recent Toyota spots created in partnership with Executive Producer Kate Reckner of 186 Advertising. Affectionately nicknamed “Skittles,” the spots came together out of three different pieces of inspiration. The colors of spring, the concept of using “containers” to create moving elements, and the look of social media pages to give a modern twist to Toyota’s “Ask a Friend” tagline.

Working from a script outline and a screenshot of a Facebook quiz that cropped user’s profile pictures into circles, the concept started to come together. Justin mimicked the circles to create bubbles that housed social media icons and symbols, as well as vehicle footage that had been selected for him by PRODUCERS Editor Dominic Anello. Justin came up with a set of spring colors that Kate claimed were right on from the first try. PRODUCERS Colorist Kirk Davis completed the look with a vibrant color grade.

Initially Justin only created a spot for the RAV4, but when 186 Advertising’s clients, Central Atlantic Toyota Dealers, approved of the spot, Justin now needed to mimic the concept for four more car models. “The challenge was in making it fresh” said Kate, and Justin met this challenge by adding unique “snap zoom” camera movements, giving each spot its own distinct flow. “The design was put together in a way that made it very customizable,” praised Kate, “That is fantastic for a campaign because it gives it legs.” In fact, look out for a version of the spot for Independence Day, where the bubbles will become stars and the colors will become a patriotic red, white, and blue palette.

And as for Justin’s thoughts on the end result?, “I was in Pistarro’s in Frederick with my wife, Liz, watching the O’s, and during one of the commercial breaks we saw the spot broadcast,” remembers Justin, “Liz is my favorite (and most honest!) critic. Thankfully, I got thumbs up from her!”

You too can catch these spots as they continue to air through the months of June and July, or watch it right here.