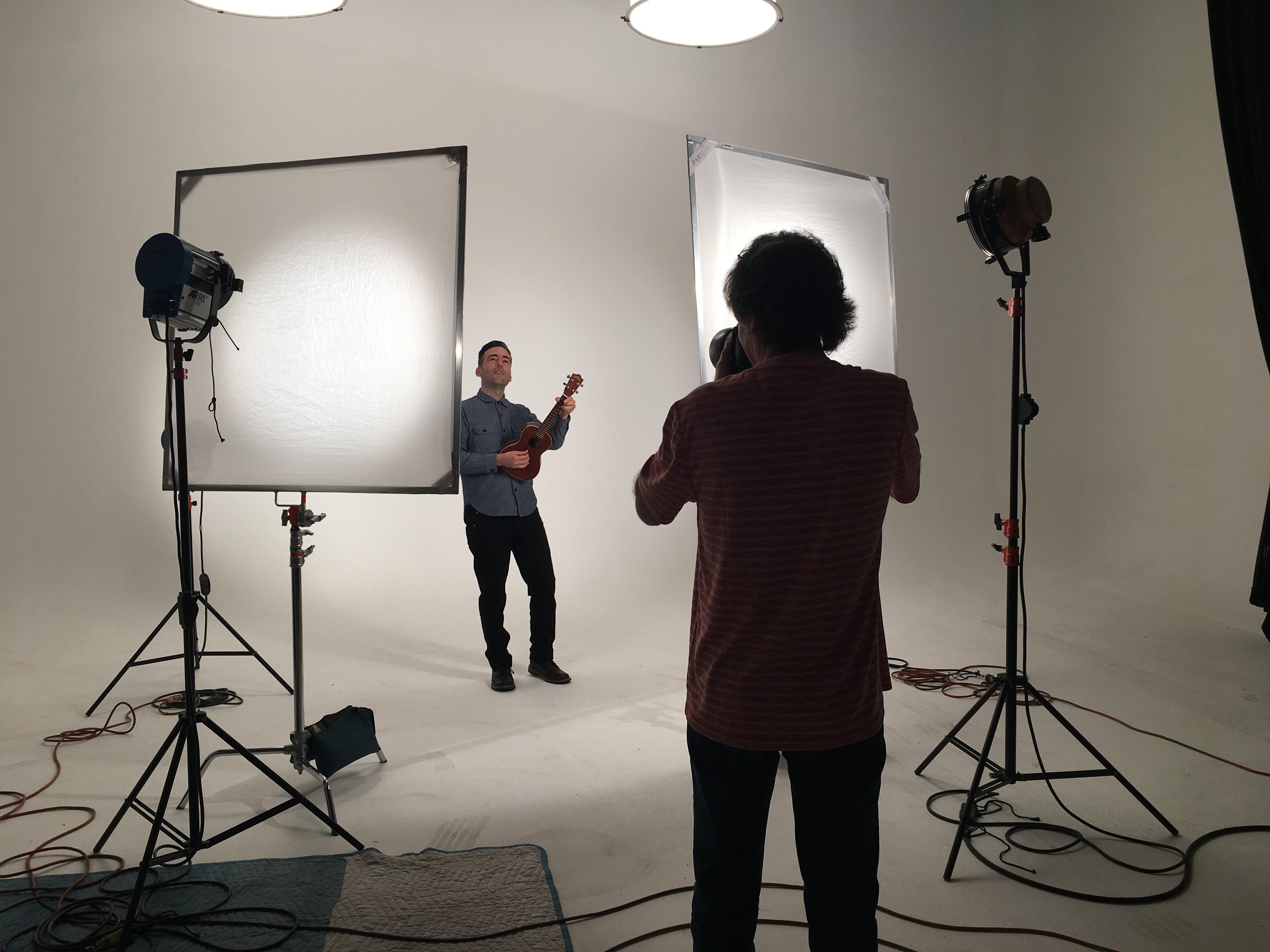 The upstairs hallways just got a little louder at PRODUCERS as Woody Ranere has joined the audio team!

Ranere, who spent 10 years of his career as a touring musician, adds something new to the PRODUCERS arsenal as the resident composer and sound designer. “I'm looking forward to collaborating with the various teams and hopefully bringing some new sounds and musical capabilities to the company,” he says.

Ranere, who grew up in Philadelphia, was intrigued by audio work from a young age, “As a kid, I was always jacking into my parent’s stereo with a microphone and making mock radio shows or making mix tapes or feedback noises,” remembers Ranere. It wasn’t until he was studying International Relations at Goucher College that Ranere really caught the music “bug”. He discovered the computer music studio at school and claims the connection was immediate. He changed his major to Computer Music and joined a band. It is a passion that persists for him today. “That moment in the studio when everything clicks and an idea comes together never gets old,” he explains, “and is what keeps me excited about sound and music.”

After college Ranere, who plays guitar and bass, took his show on the road. He played gigs everywhere from Italian castles, to festivals in the Faroe Islands. “Amazing experience.” Renere reflects “I was able to learn, work and play with some of my idols in the music world.”

Since returning to Baltimore, Ranere has been making his living as a freelance composer scoring tracks for many Regional and National brands. As a freelancer, he occasionally collaborated with PRODUCERS, “I was always impressed with the work and atmosphere I found at PRODUCERS,” he admits, “I wanted to be a part of that.”

Staying in one place has also allowed Ranere to enjoy home life with his wife Jessica, 3 year old son James, and beagle Lucy. He enjoys cooking, making cocktails, and learning new dance moves from his son. Ranere still plays the occasional gig with his current band, With Lions. “It’s fun,” he says, “but I’m happy to be off the road.”